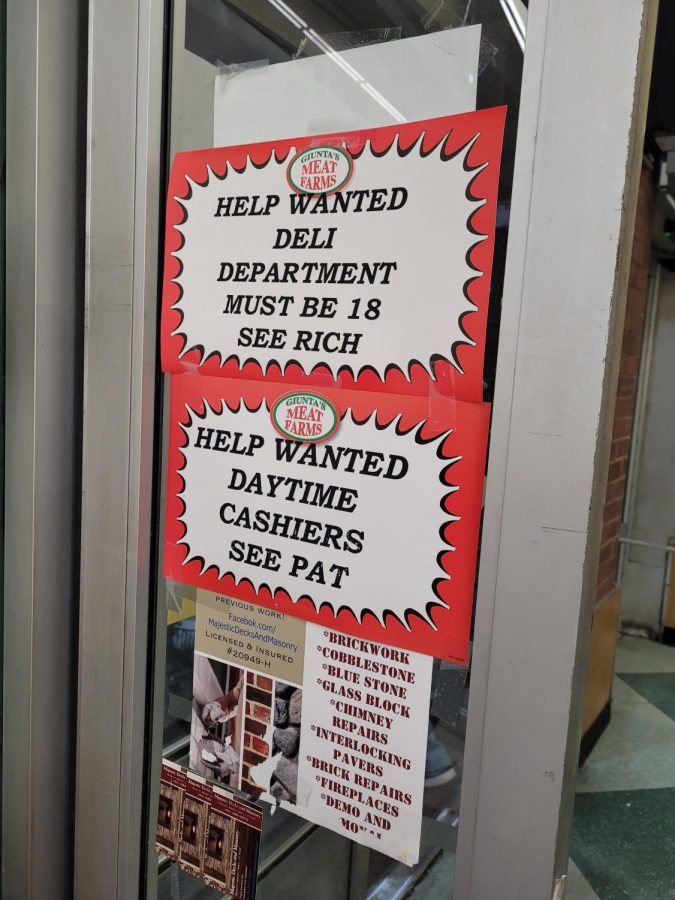 Businesses across Commack are struggling to fill positions.

Over the past year, economists and consumers have agreed on two unavoidable realities: prices are rising, and businesses are short on labor.

As the world continues the long process of returning to full productivity from the COVID-19 pandemic, we can see the price-related impact of the times on items such as houses, cars, gas, and groceries.

Local and larger businesses have also been forced to confront a shortage of labor, impairing their ability to achieve maximally efficient production and distribution. Thus harming local, national, and international supply chains.

“Workers were used to generous governmental benefits, the higher unemployment relief, stimulus, some are afraid to return to the workplace because of COVID, some are taking care of children and elderly during this pandemic, and some are reassessing their work life,” said Rubinstein.

“When you get a forced stop in your work, that may make you reassess what you’re doing, and that may have you take time to try to look for something that is better,” said Zaidinski.

Zaidinski named government stimulus as a possible factor — at least in the short term — of the ongoing labor shortage. He also offered an interesting perspective on the recent decline in the workforce.

“If you have the ability to wait and to see what job works best for you, I don’t think that’s a problem at all,” said Zaidinski.

As per the other important factor at play here?

He noted the increased demand for raw materials like copper, due to their roles in the assembly of high-demand, now-low-supply products such as cars.

One other possible cause stuck out from the rest. IB HOTA 2 and economics teacher Denis Conroy reflected on vaccination mandates and business shutdowns in New York City.

“Is it worth that level of government involvement in forcing people to do things?” said Conroy.

He proposed that such social policies enacted in order to curb the spread of coronavirus could be impacting and even turning away public service employees like police officers and firefighters, as well as restaurant workers.

“I don’t think mandates or overly involved regulation of people’s lives is generally good. I believe in markets, and I think we could be screwing that up, but it’s hard to say,” said Conroy.

Furthermore, both Rubinstein and Conroy mentioned heightened inflation (where more money is printed in order to meet rising prices and debts, thereby devaluing currency by increasing the amount in circulation), as a possible threat. Rubinstein specifically named the multi-trillion-dollar bills that currently sit before Congress and the need to raise wages to draw in hard-to-come-by workers, as likely causes therefor.

Despite all the turmoil in which our local, national, and international economies find themselves, all three teachers expressed enthusiasm for the road ahead.

In an offering of tepid but sincere optimism, “I think the country’s underlying health is good, and I don’t think we’re going to screw that up too badly,” said Conroy.

Rubinstein took a more positive tone, although not without concern for rising inflation.

“Well I think the economy is heading in the right direction,” said Rubinstein, expressing his belief that the expensive infrastructure and social spending bills before Congress will strengthen the economy if passed.

And finally, Zaidinski was convinced of a positive road ahead.

“I think when we look back on this ten years from now, we’re going to look back and say, well, it was a valley that rebounded and appreciated in value,” said Zaidinski.🔳