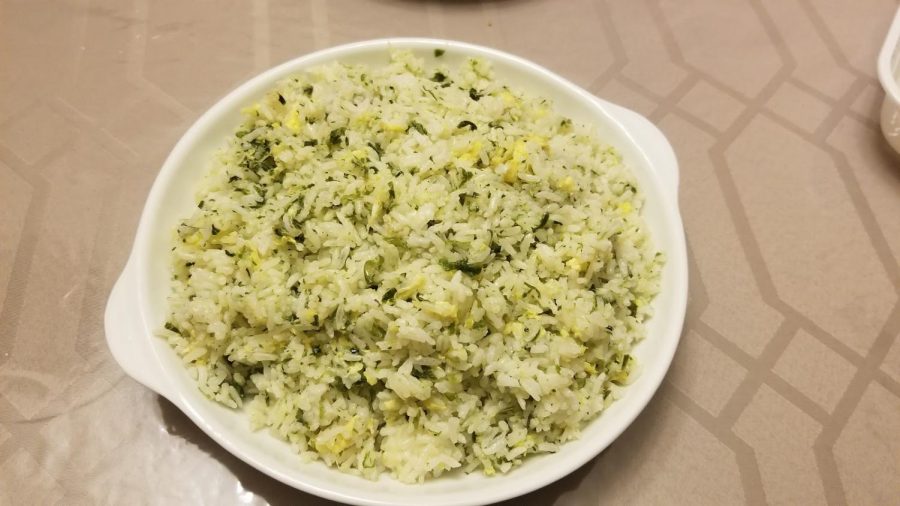 Out of all the dishes in Chinese cuisine, there is no dish more iconic than chicken fried rice. The combination of chicken, egg, vegetables and rice perfectly seasoned with salt, pepper, and soy sauce creates a flavor explosion that is almost unmatched. As divine as this dish may be, there is a very similar dish that might taste even better than this dish; scallion fried rice. So, to find out which was better I decided to compare the two from the local chinese restaurant called FAN.

First off, let’s start with the aesthetics. The chicken fried rice had a vibrant golden brown hue with visible chunks of egg, onion, and chicken evenly dispersed throughout. From a first glance, one can tell that a lot of soy sauce and oil was added to this dish. The scallion fried rice had a very faint green color throughout with visible pieces of scallion and egg scattered throughout. Compared to the chicken fried rice, it looked much fresher, a lot less oily, and a little blander.

Next, the aroma of the dishes. The chicken fried rice had a very rich, meaty scent. I could also smell a little soy sauce and other seasonings in there too. One other thing I noticed was that the smell was very strong. As soon as I opened the container, it was one of the first aspects of the dish I noticed. The scallion fried rice on the other hand had little to no scent. I could smell hints of scallion and unknown seasonings but other than that, nothing.

Now, onto the fun part, the flavor and textures. The chicken fried rice was seasoned very well with salt, pepper, and soy sauce. One thing I appreciated about the rice was that it wasn’t overcooked. The rice was soft and chewy, and wasn’t mushy. The bits of egg added a nice richness to the dish with the onion adding a satisfying crunch in every bite. The chicken tied the dish together by giving the dish its chicken flavor and adding a chewy texture to the dish. On the contrary, the scallion fried rice was also seasoned very well, however, one prominent difference was there was much less soy sauce and oil. Although this created less depth of flavor, one benefit of this was that the dish tasted much cleaner. Each bite of the dish wasn’t so heavy on my palate which allowed me to eat more and more. Another key difference was the incorporation of less ingredients as there were only eggs and scallions in this dish. Although this adds a simpler flavor profile to the dish, one benefit of this was that the flavor of the scallions was very notable. On the other hand, the chicken fried rice had some many flavors going on that it was hard to see which ingredient was the “star.”

Overall, both dishes have strengths and weaknesses.The chicken fried rice is a great main dish on its own. Its multitude of flavors and textures create a whole dish with nothing to complain about. That being said, the scallion fried rice, although less flavorful, works much better with other components. For example, adding sesame chicken and bok choy to the dish works tremendously well where it would overpower the chicken fried rice. The next time you order out at your favorite Chinese restaurant, consider trying scallion fried rice if it’s on the menu. 🔳