Pandemics of the past 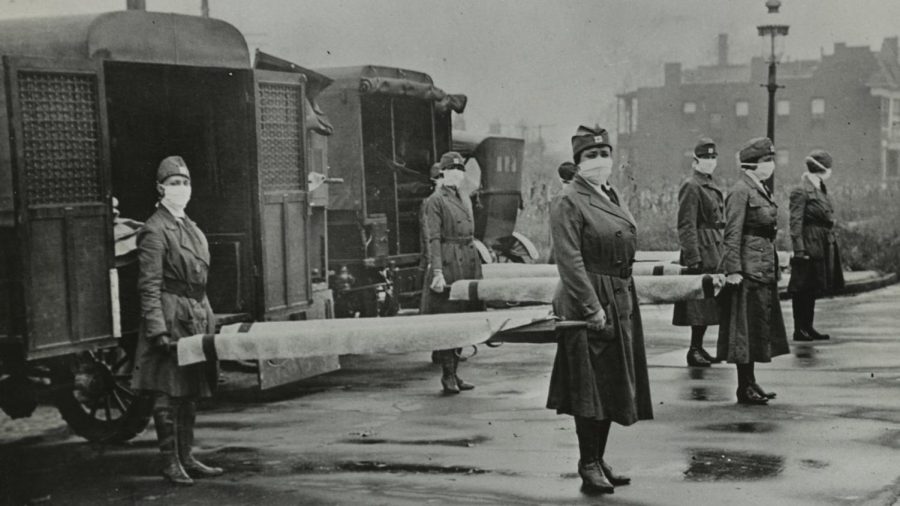 Very few events throughout history have shaped our society the way outbreaks of infectious diseases have. Pandemics have not only impacted civilizations, determined outcomes of war, wiped out populations, but also cleared way for innovation and advancements in fields such as science and medicine.

“I believe it is important to learn about the past so we can better understand how people have evolved and how they have dealt with similar experiences in life. Studying the past can certainly help prepare us for our present and our future,” said history teacher Jesus Valdes, in an email.

Throughout history, there have been several pandemic outbreaks that have impacted the world. According to the PMC U.S. National Library of Medicine, in the 6th century, the Justinaian plague killed approximately 50 million people, whereas the Black Death, likely caused by the same bacteria, killed up to 200 million people in the 14th century. In the 20th century, despite the availability of the world’s first effective vaccine, Smallpox killed as many as 300 million people. Additionally, the 1918 Spanish Flu was estimated to have killed 50 million people. The most recent pandemic, COVID-19,  has accumulated about 2.5 million deaths.

Looking into the different ways that pandemics disrupt society can teach us many ways to cope and survive. One component to consider is the spread of these viruses. Throughout the years, there are examples of people attempting to stop the spread through quarantining and social distancing. During the Black Death/Bubonic Plague, the first quarantine laws were passed in the port city of Ragusa, on July 13, 1377. At the time, doctors who observed the disease determined that it could be slowed by isolating sick individuals. Quarantining also played a large role during the Spanish Flu. Soldiers returning from World War I were required to quarantine before entering the city. Social gatherings were banned, so places such as theaters and schools were closed.

Additionally, school closings were a complex issue that needed to be addressed in past pandemics. The main solution was to keep schools closed until the pandemic had become less of a threat. Now, there are some issues with adjustments schools have had to make with transferring online; an option that was not available in the past.

People in the past also fought pandemics by wearing masks. During the plague, doctors covered their mouth and nose with long, beak-like masks which also created distance between the patient and the doctor. Masks were also used during the 1918 influenza pandemic as the main way to stop the spread of infection. In some places in the U.S., masks were even mandated.

Another example is the solution of socially distant food and drink pickup. Although it is much more advanced and efficient now, food and drink pickup and delivery was created during the Italian plague (1629-1631). Many of the wealthy people in Tuscany at the time created a way to sell the contents of their wine cellars without risking infection or exposure. They cut narrow windows in their homes, known as wine windows. In an exercise of cautiousness, people even began to use vinegar as a disinfectant. This idea can be seen now in places like drive throughs and to-go bars.

Technology and advancements in the field of medicine also played an important role in how people were able to live and survive throughout the pandemic(s). In 1918, their technology was ancient compared to today’s standards. Today, we have the knowledge, technology, and antibiotics that would not have been available in the past. Due to this, doctors and hospitals today are more prepared and equipped to handle these illnesses.

“There certainly are many technological and medical advancements that greatly improve our lives today over those who lived in the past. Take the current COVID pandemic. Through the ability to study and evaluate the causes and transmission of the virus, society is better prepared to deal with it moving forward. In contrast, when the plague broke out in the mid 1300s, there was no such ability. Although there have been many advancements in recent decades/centuries, some of them have come at a cost. One simple example would be the development of more advanced weapons that have been used in warfare and society that has lead to a higher death rate during warfare,” said Valdes.

Furthermore, the importance of personal hygiene and washing your hands was a concept developed in the early 20th century. Bathrooms were installed in the first floor of homes and were encouraged to be used by guests and delivery people. Although it seems like common sense today, it was an important step towards proper hygiene for many at the time and we are still reminded to wash our hands today.

We, as a society today, are living through history, and there are many things that we can learn from our current struggles and successes.

“I certainly hope not to experience another pandemic anytime soon but I do feel that Americans and people all around the world would probably be more willing to listen to and heed the advice of medical experts if another pandemic were to occur. I do believe that many people around the world, including the U.S., were hesitant in making changes to their daily lives in order to mitigate the spread of COVID 19,” said Valdes. 🔳